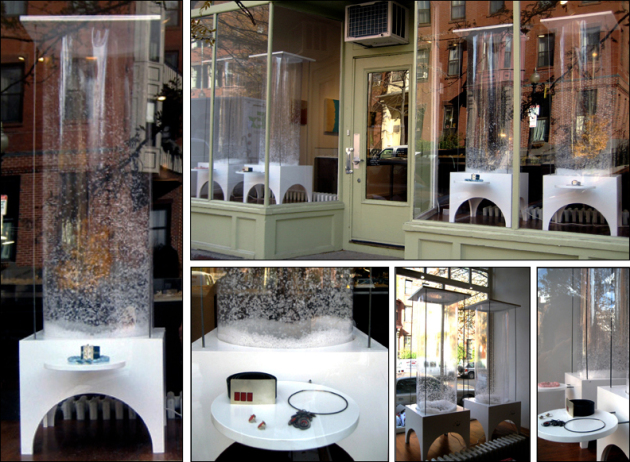 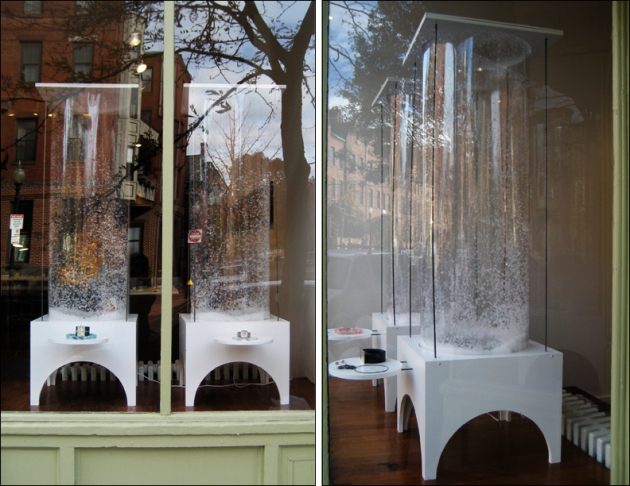 Each unit was on a separate timer scheduled to turn on for 10 minutes and off for 3 minutes. The schedules were off sync so that there would always be one turning on as one was turning off. It took a while for the snow to settle or start up so, the speed of movement of the snow while starting, stopping and in motion were all different and the combination resulted in a mesmerizing window.

A glimpse into the process of making them: