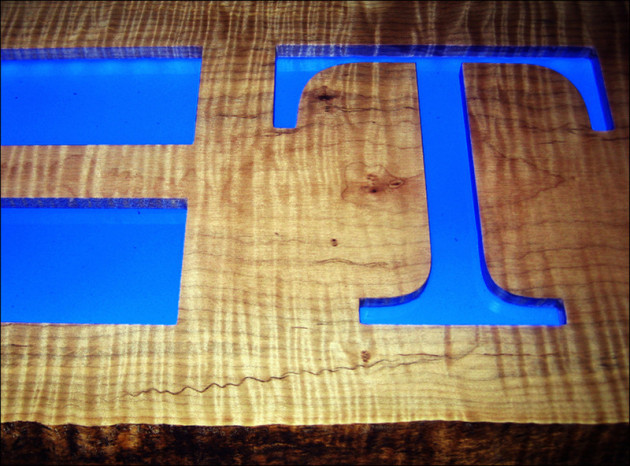 The shoe displays were made out of 2” live edge planks of curly maple. I routered out the logo and installed a custom made LED panel behind it. All the electronics were concealed into hand carved channels on the back of the wood. The shoes sat on the same wood shelves attached to the planks with blue acrylic rod. I had to install the displays on the 10th anniversary of September 11th on September 11th in NYC. All bridges and tunnels were being heavily guarded and vehicles were being searched on the way into the city. I had to pull some serious maneuvers, as I did not want to be pulled over and have to explain my concealed into wood electronics…﻿ 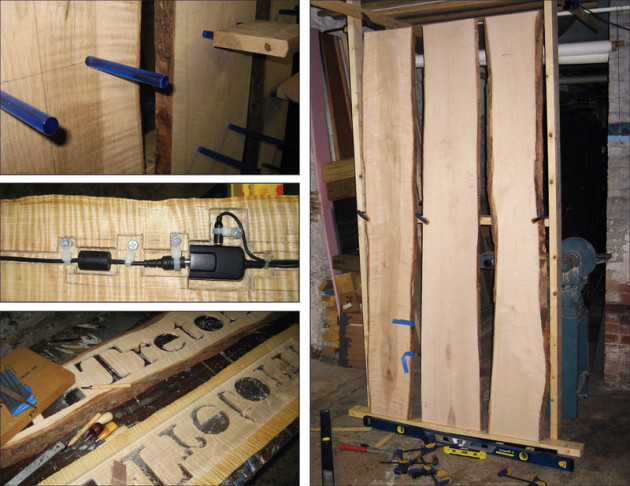