The following composites are images of an installation exhibited in 1996. The work combined objects, images and sound to create narratives, which addressed the issue of identity through the use of a cast of fictional characters who represent the multiple psychological personas that form a whole individual.

The installation employed the body, specifically orifices - eye, ear and mouth - as sites of investigation that brought forward this dissection of personality and referred to the discovery, acknowledgement, conflicts, sources and experiences of this fragmentation of the self.

The frame of the work was the room itself where stereotypical characters were seen and heard through enlarged, fragmented body parts. The ear presented them inside, where the visitor could hear their constant streams of consciousness. The eye projected collaged photographic images of the characters interacting in everyday life; also, its mechanical blinking alluded to the body as machine. The mouth introduced in an interrogational manner, facts that define identity in society, playing with language and compulsive behaviors

The purpose of this piece was to build a space where shifts of scale, fantasy, dislocation, irony and humor created an environment of psychological recognition for the viewer. 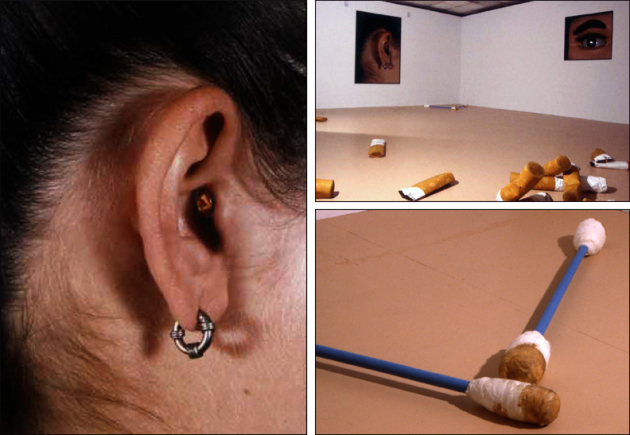 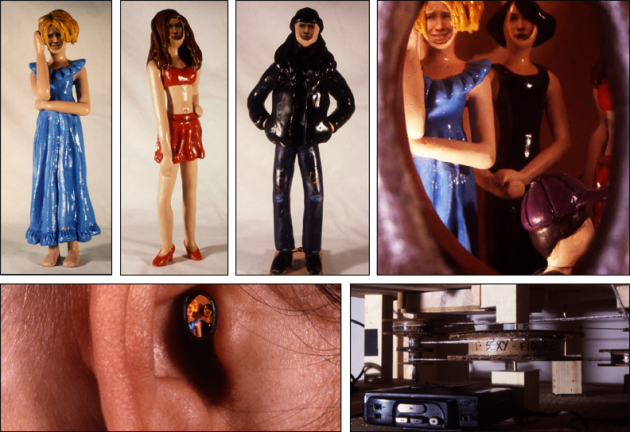 “Figures”. Plastic, C-Prints, Acrylic Paint, Cardboard, String, Audio Track and Electronics. Each figure: 12” x 3” x 3”. As viewers peered into the opening they could see seven moving plastic cast figures engaged in a stream of consciousness debate about subjects such as motherhood, career choices, childhood memories, etc. Detail of figures and gear system made of cardboard and string. 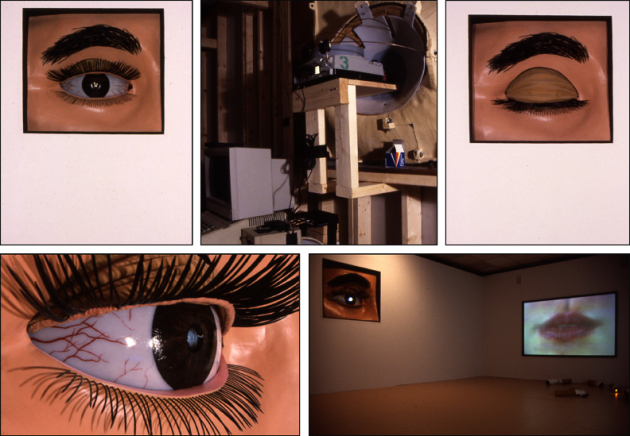 “Eye”. Plastic, Wood, Acrylic Paint, Fabric, Steel, Motor, Computer, Projector, Slides. 38” x 46” x 12”. 1996. On the second wall was a large eye that projected images from the pupil. When the eye blinked, the slide projector advanced and a new image was projected onto the fourth wall. This mechanism was computer controlled. 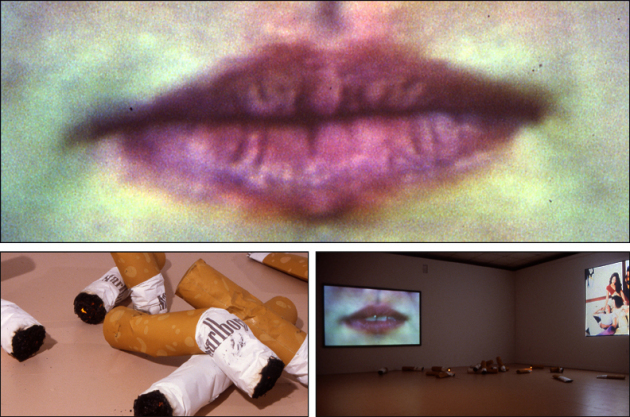 On the third wall was a large video projection of a mouth accompanied by several cigarette butts, some which appeared to just have been put out. The mouth was constantly smoking, chewing gum, biting its lips, etc., while being interrogated about facts such as date of birth, financial history, occupation, employment history, etc. in alternating male and female voices in Spanish and English. 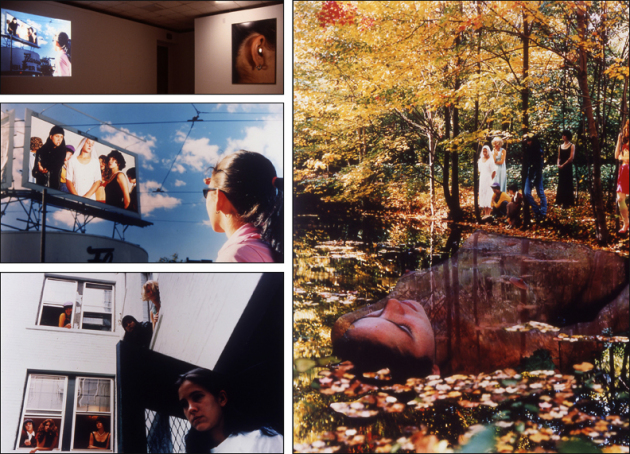 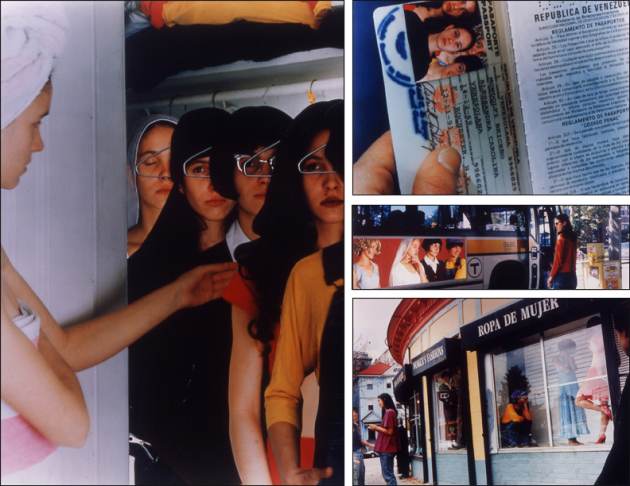 “Images Projected by the Eye”. Slides from Hand Cut and Colored C-Print Collages made in 1994. 6’ x 8’ Projection.

On the fourth wall were twenty images projected by the Eye. The images were collages in which the main character was confronted with her fragmentation of self.